Filter launched in September 2018 and is based in New York City. Our mission is to advocate through journalism for rational and compassionate approaches to drug use, drug policy and human rights. 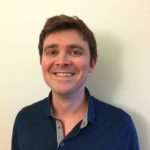 Will is the founding editor-in-chief of Filter, and executive director of The Influence Foundation, the nonprofit behind Filter. He has worked as an editor in the drugs and human rights spaces for over 15 years. He was the founder and editor-in-chief of The Influence, covering drug policy and related areas, and also founded and ran a harm reduction-oriented news site named Substance. He previously served as editor-in-chief of the addiction-focused site The Fix, and co-founded and edited Voice of the Ville, an award-winning print publication for incarcerated people in London. 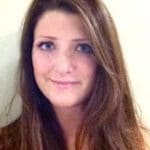 Helen has written about nicotine, mental health and drug policy for publications including Al Jazeera, AlterNet, Harper’s and The Influence. As an LCSW, she works with drug users in medical and community mental health settings. An expert on tobacco harm reduction, she provides training and consultation on mental health, nicotine use and THR, and in 2016 organized the first Tobacco Harm Reduction Conference in the U.S. Helen is also a documentary filmmaker, and produces original video for Filter. Alex previously worked as a reporter and copy editor at VICE. His writing about tobacco harm reduction, psychedelics and many other subjects has been published in The New York Times Magazine, The Columbia Journalism Review, The Nation and The Daily Beast, among other outlets.

Alexander writes about the movement to end the War on Drugs. He grew up in New Jersey and swears it’s actually alright. He’s also a musician hoping to change the world through the power of ledger lines and legislation. Alexander was previously Filter‘s editorial fellow. Kevin began working in harm reduction as a health educator, providing street-based syringe access services for people who inject drugs. He was later a bilingual medical case manager, providing case management for people living with HIV/AIDS. He has also been a chapter leader and member of the board of directors at Students for Sensible Drug Policy  He plans to start an MSW/MPH program in fall of 2021. Kevin’s tobacco harm reduction fellowship is supported by an independently administered tobacco harm reduction scholarship from Knowledge-Action-Change—an organization that has separately provided restricted grants and donations to support Filter.

Filter was proud to be an official media partner of the 2019 Reform conference in St. Louis.

Please send all email correspondence to: Editor [at] filtermag.org.

We welcome pitches for feature-length articles around our subject areas, including investigative reports, op-eds, essays and interviews. Please send proposals (rather than drafts) and a sample of your previous work. Due to volume of pitches, we regret we cannot reply to them all; we will get back to you within a week if your idea is one we can use.

We take our responsibilities seriously and are committed to correcting any factual errors. Please read our Corrections Policy to learn how to report an issue and what you can expect from us.

As a nonprofit publication, Filter is funded entirely by donations and grants. If you wish to support our reporting on drug use, drug policy and human rights, please donate using the button below. We’re grateful for your support.