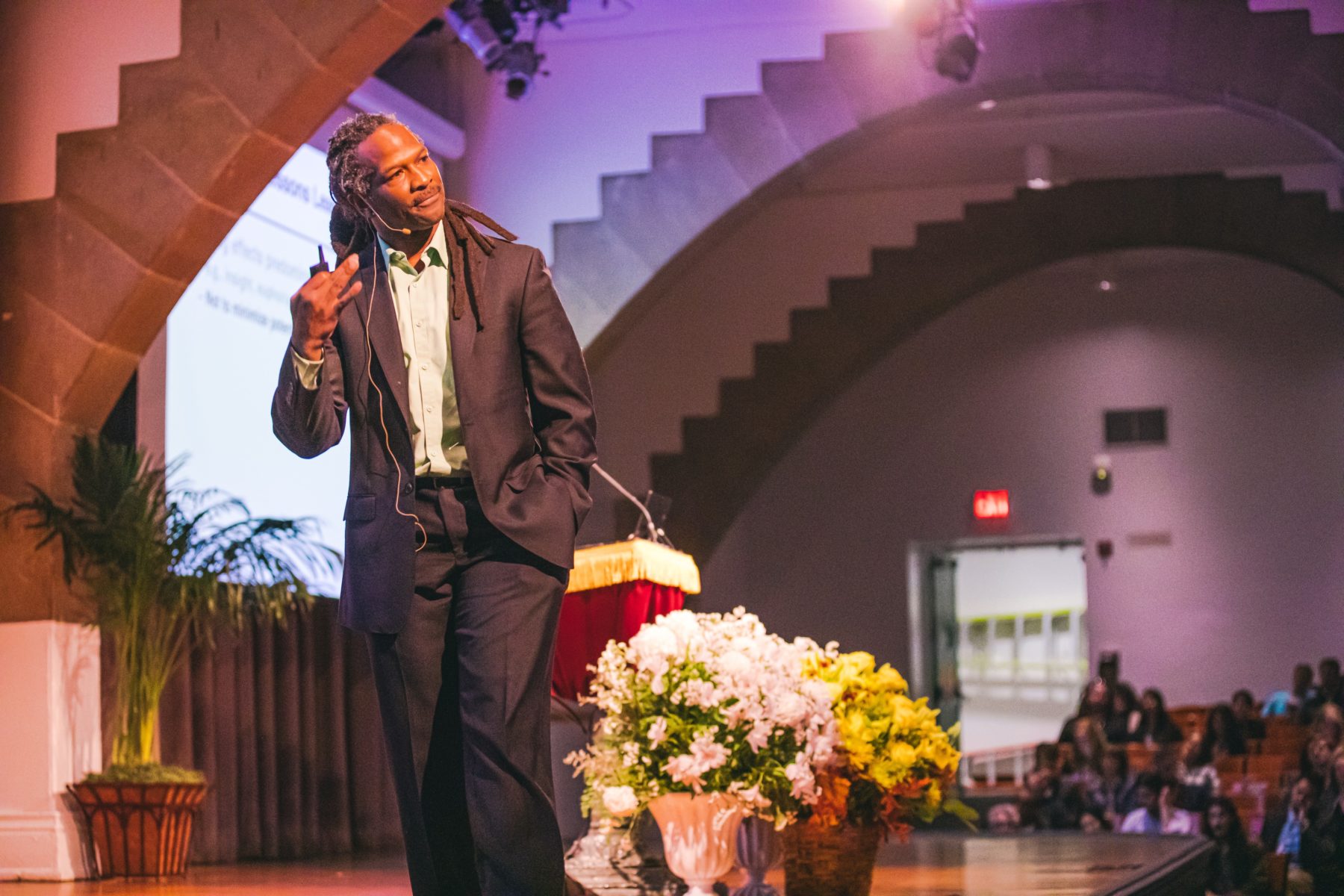 Do you feel that some drugs are inherently worse for the user than others?”

A man had approached the stage at the Horizons NYC 2019 psychedelic conference on Saturday, where Dr. Carl Hart, a Columbia University psychology professor and harm reduction expert, was taking questions after his keynote address.

“I have seen methamphetamine have very destructive consequences for a lot of people, and opioids even more so in my view,” the man continued.

“You should probably broaden your scope of people who use them,” Hart responded. “You’re looking at someone who uses all of those drugs.”

Hart’s closing address at New York’s largest annual psychedelic science event, held at The Cooper Union, was titled “Dispelling the Lies that the Psychedelic Community Believes About Drugs.” He explained to an audience of psychedelic researchers, advocates, and enthusiasts why the concept of “psychedelic exceptionalism” is so destructive (among other topics).

Psychedelic exceptionalism is an ideology that claims purportedly less-harmful or less-addictive drugs—such as cannabis, psilocybin mushrooms, or ayahuasca—to be inherently better, safer, or more desirable for people to use than other drugs.

Heroin, alcohol, or crack cocaine are treated as their contrast. When taken to its extremes, psychedelic exceptionalism stigmatizes not just certain drugs but also the people who use them.

“Privileging psychedelics as deserving of exclusion from the classification scheme behind drug criminalization creates problems for decriminalization advocates,” said Elias Dakwar, MD, an Assistant Professor of Clinical Psychiatry at Columbia University, to Filter. “It plays into the legitimacy of the classification scheme and the drug war it perpetuates.” (Dakwar also presented at Horizons on his ketamine research.)

Hart pointed out the absurdity of psychedelic exceptionalism, when many of the same drugs that are praised by researchers share chemical and pharmacological similarities to other substances deemed ‘hard drugs.’

“Ketamine is a derivative of PCP, and PCP is a psychedelic,” Hart said. “But it’s one we disown in this community. We love ketamine for its therapeutic and recreational effects, while we have been silent about the vilification of PCP. We are told PCP causes violence and agitation, which is simply not true.”

He highlighted the tragic cases of Laquan McDonald, Rodney King, and Terence Crutcher, all black men who were either killed or beaten by police who claimed their victims were behaving violently after being intoxicated by PCP.

“Where the hell is the community when these things are used as justifications?” Hart posed.

He also discussed methamphetamine and MDMA, two chemically-related drugs that are treated very differently within the psychedelic community. “MDMA is an amphetamine,” Hart said, who has researched both drugs. “They have a lot of overlapping effects, while some obvious differential effects. Yet methamphetamine is also vilified, and the community has been silent.”

He pointed out how President Rodrigo Duterte of the Philippines has capitalized on fears about methamphetamine (shabu) to fuel his bloody drug war. Duterte has claimed that using methamphetamine for one year will shrink the user’s brain and render any rehabilitation futile.

“Where did he get such nonsense?” Hart said. “He reads the scientific literature and some of the things our researchers are saying—which is nonsense! This is why it is important to look at data.”

Even with crack cocaine, we treat it very differently from powder cocaine, he explained. The United States implemented draconian mandatory minimum sentences for crack under the 1986 and 1988 crack statutes, which still haven’t been fully repealed. In Brazil, fears over crack cocaine have fueled a deadly war on black people and poor people.

Drawing arbitrary lines around the drugs we like and the drugs we disapprove of only further perpetuates harmful stigmas and stereotypes about the humans who use them. “Psychoactive substances have variable risk and benefit profiles,” said Dakwar. “Some cause physiological dependence with repeated use, while others are less likely to.”

“But these differences do not make drugs inherently more ‘dangerous’–responsible and informed use can be practiced with all of them,” he continued. “Certain drugs, of course, are more likely than others to be dangerous if we do not exercise the right level of responsibility, respect for their power, and thoughtfulness.”

As for treating addiction, Hart called for a focus not just on “treating” drug use, but also on treating mental and physical illnesses, and addressing people’s traumatic life experiences. He also advocated for treating socioeconomic stratification, as exemplified by poverty and homelessness, which only compound problematic drug use.

“We have to guard against drug elitism, the thinking that your drug is better than someone else’s drug,” Hart said. “Whatever works best for you is fine.”