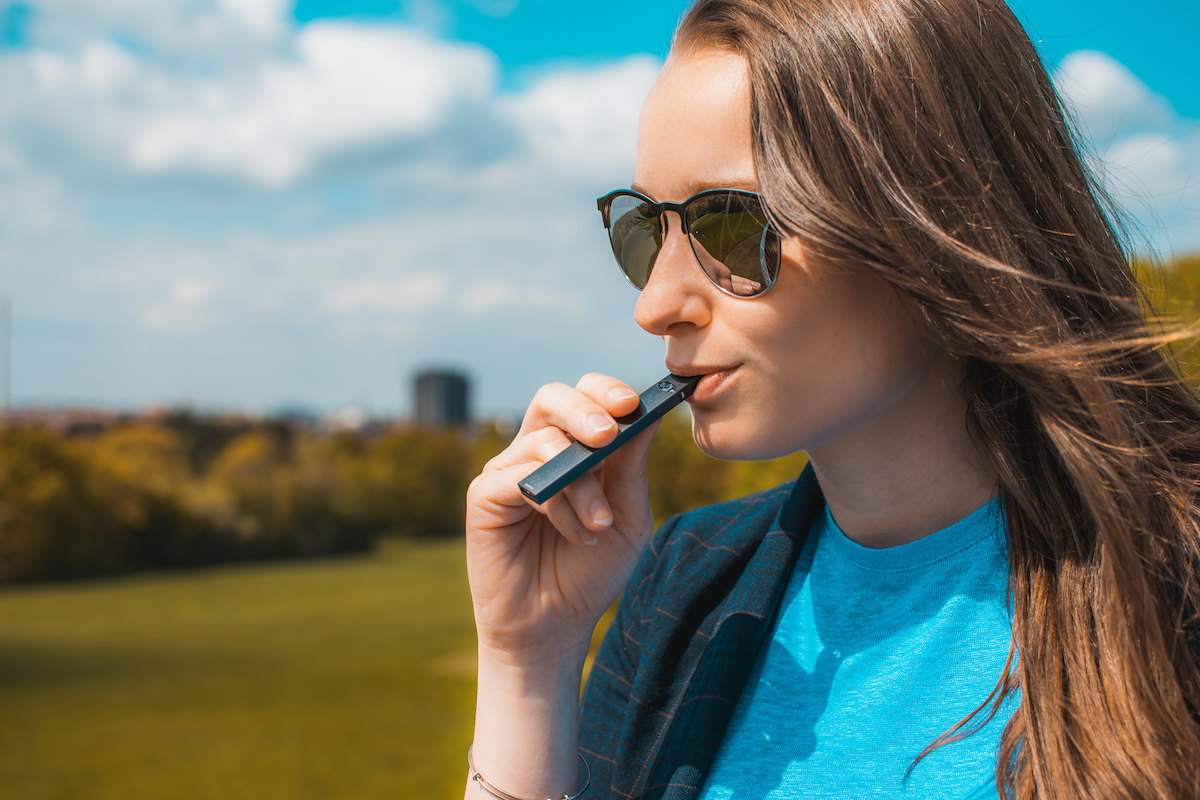 In a bid to address health inequality and family poverty, a council in the United Kingdom will soon be handing out free vapes to pregnant people who smoke.

Lambeth Council, a local authority in South London, already runs pregnancy smoking cessation services, which include behavioral support, counseling and access to nicotine replacement therapy (NRT) like patches. But it announced in October that it will now also provide e-cigarettes as a way to help pregnant people and those who care for children. The program will begin in a few weeks.

“We recognize that while it is best for pregnant smokers to stop smoking without continuing to use nicotine, this is difficult, and if they choose to use e-cigarettes it can help them become smoke-free,” a council spokesperson said in a statement.

The spokesperson noted that vaping is “less harmful compared to smoking.” They added: “Smoking during pregnancy also increases the risk of children developing several respiratory conditions, attention and hyperactivity difficulties, learning difficulties, problems of the ear, nose and throat, obesity, and diabetes.”

The council, run by the left-of-center Labour Party, has also cited research showing that women from low-income households are much more likely to smoke. Lambeth’s rate of children living in poverty, at 43 percent, is significantly higher than the UK average.

Councilor Kind estimated that giving free vapes to pregnant people will help them save “£2k per year per family.”

“It is estimated that over 3,000 households in Lambeth fall under the poverty line due to smoking, and many of these households include children,” Councilor Ben Kind, the council’s cabinet member for children and young people, said in a statement provided to Filter. The new scheme, he added, is “aimed at improving the health of the family and saving money.” Kind estimated that giving free vapes to pregnant people will help them save “£2k per year per family,” because they would no longer be buying cigarettes.

The initiative is taking place in a country that has largely welcomed vaping as a smoking cessation tool. With 4.3 million Brits now estimated to vape, the UK smoking rate has fallen to a lowest-ever 13 percent, according to official data. The national government has retained a target of making England “smoke free” (5 percent prevalence or less) by 2030.

Filter previously reported on a program launched by another council, in the North of England, that pays people to quit smoking during pregnancy—including if they switch to vaping. Current National Health Service advice on vaping in pregnancy notes a lack of specific research, but concludes, “it’s much safer for you and your baby than continuing to smoke.”

Professor Peter Hajek, the director of the Health and Lifestyle Research Unit at Queen Mary University of London, is one of the people seeking to close that research gap. Earlier this year, the university concluded a first-of-its-kind study on the effects of e-cigarettes during pregnancy.

The large randomized trial “found that switching from smoking to vaping is as safe as the use of nicotine replacement treatment such as nicotine patches, and may in fact reduce the risk of having a low birth-weight baby compared to use of NRT,” Hajek, its lead author, told Filter.

“E-cigarettes are more effective than NRT and more cost-effective. Stop smoking services typically include e-cigarettes … and this can now be extended to pregnant smokers.”

Published in Nature Medicine, the study involved 1,140 pregnant participants who wished to quit smoking. They were split into two groups; one using NRT and the other e-cigarettes. The vaping group had better quit rates by the end of their pregnancies.

“E-cigarettes are more effective than NRT and, importantly, also much more cost-effective,” Hajek said. “Stop smoking services [in the UK] typically include e-cigarettes as one of the treatment options and this can now be extended to pregnant smokers as well.”

This message has been supported by British experts like Louis Ross—who has worked in smoking cessation since 2004 and in 2014 launched the country’s first vape-friendly Stop Smoking Service, in Leicester. Ross is now a freelance clinical consultant for the National Centre for Smoking Cessation and Training, and vice chair and mental health lead at the New Nicotine Alliance. “It never hurts to remind people that pregnant women who smoke should be supported to switch to #vaping, if they would have continued to smoke,” she recently tweeted.

But Lambeth’s initiative has also won approval from pregnancy-rights advocates in the United States—where regulations and public health messaging are far more hostile to vaping than in the UK.

“The council is embracing harm reduction, which we know works.”

“Most people don’t magically change their behavior immediately after a positive pregnancy test. We must meet them where they’re at,” Lindsey Hull told Filter. Hull is the staff attorney at Pregnancy Justice, a New York-based organization formerly known as National Advocates for Pregnant Women.

“Shaming pregnant people who smoke doesn’t work, and punitive responses to pregnancy and substance use don’t improve fetal outcomes, but they do breed distrust,” she continued. “The council is embracing harm reduction, which we know works.”