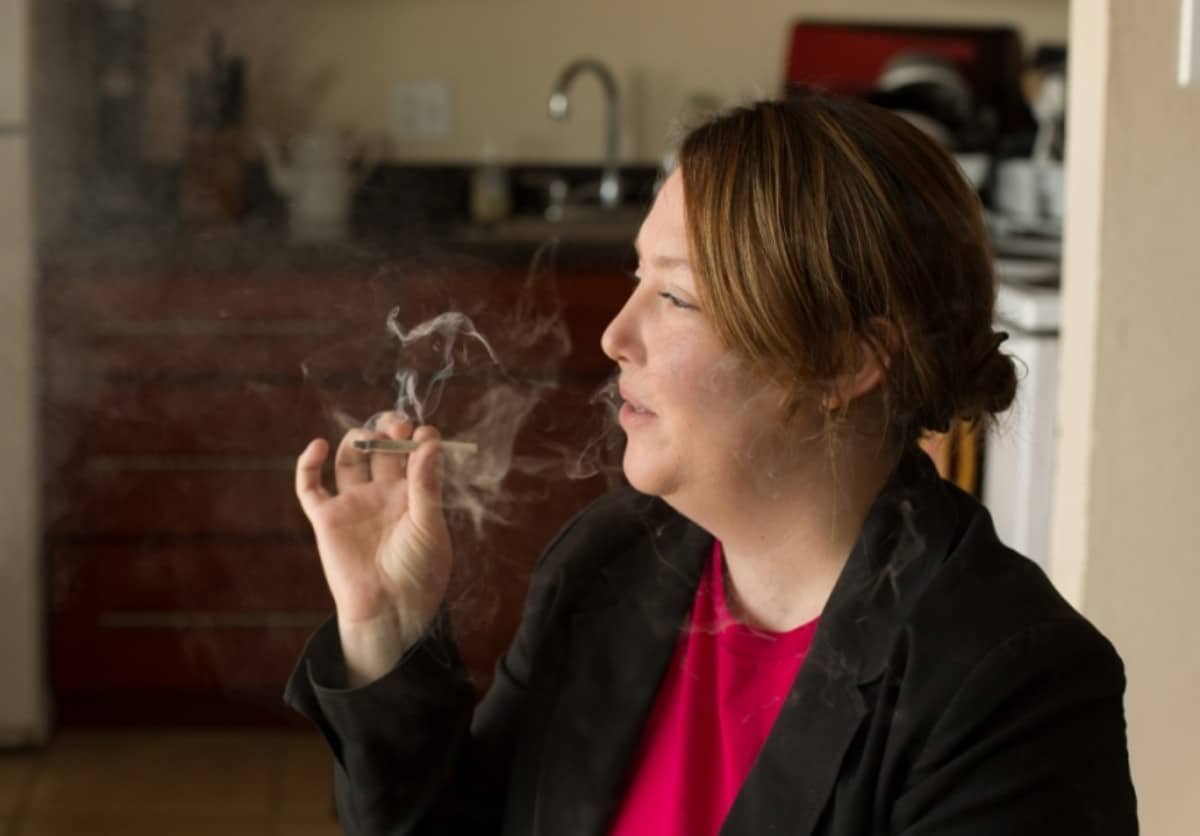 Even in Colorado, one of the first two states to legalize cannabis for recreational use, OTPs are required by state law to test for THC.

Treatment providers there are frustrated by this. Tina Beckley, regional director in Colorado for Behavioral Health Group, said recently that ever since Colorado started requiring OTPs to test for THC in 2006, many patients have lost their take-home doses—often, understandably, having thought that their medical marijuana card would spare them this sanction. Some decided to leave treatment as a result. It was a recipe for chaos and increased risk.

In Colorado, take-homes for people who receive medical marijuana are limited to those with no history of illicit marijuana use, who had a medical condition that was identified as being treatable with marijuana, and whose primary care providers agreed to the use of medical marijuana.

These problems began when only medical marijuana was permitted. With the advent of recreational marijuana in 2012, life for OTP patients—and providers—got even more complicated.

Methadone patients use nicotine and alcohol without sanctions, yet the same still doesn’t apply to state-legal marijuana. And this after many methadone patients, according to Beckley, moved to Colorado specifically for the marijuana.

Here’s the catch-22. If an OTP does test for THC, and the sample comes up positive, the OTP can’t necessarily just disregard it. Under some state and clinic rules, the OTP may take steps such as reducing the patient’s take-home doses.

But there’s no reason to do so, according to the federal guidelines.

Even though THC testing is frequently applied in some states, this testing is never federally mandated except at admission.

There is, however, no evidence that cannabis combined with methadone is harmful. This is why, in the era of medical marijuana, there is little point in even testing for THC in OTPs, and in fact the federal government doesn’t recommend it after the patient’s first visit. Outmoded and outdated state regulations need to be fixed.

Even though THC testing is frequently applied in some states, this testing is never federally mandated except at admission. Both the federal Substance Abuse and Mental Health Services Administration (SAMHSA), and the Joint Commission, which together accredit and certify OTPs, say OTPs should only test patients for THC once—upon admission. A “Dear Colleague” letter from SAMHSA, which is equivalent to regulation, does not suggest that OTPs test for THC.

But there is pushback—don’t assume that the federal government supports cannabis for people with OUDs. The SAMHSA letter expresses plenty of concern about potential harms related to marijuana use. And while some states have decreed that cannabis can be used instead of opioid agonists to treat opioid use disorders, this has prompted SAMHSA head Elinore McCance-Katz, MD, PhD, as well as OTPs, to disagree.

According to the American Society of Addiction Medicine, however, in states where medical cannabis is legal, the same approaches should apply as are used for other medications. Indeed, other medications may cause some problems for patients taking methadone which cannabis does not cause.

A Psychiatrist Who Prescribes Buprenorphine and Cannabis

Leaving the situation of OTPs and methadone for a moment, let’s consider buprenorphine. It’s not only OTPs, which mainly dispense methadone, that are interested in helping patients by allowing cannabis.

Frederick E. Kahn, MD, a psychiatrist practicing with Forest Recovery in New Jersey, prescribes cannabis for pain in his buprenorphine patients (though patients can’t obtain a medical marijuana card from Forest; they need to have one already).

“If the piece of the withdrawal you’re experiencing is anxiety, maybe [cannabis] can help you.”

“One hundred percent of my patients became addicted to opioids because of having pain problems, mostly chronic,” he told Filter. Complaints included lower-back pain, lupus, neck injuries and autoimmune diseases, he said. In addition, he said some of his patients became addicted following acute pain—they were  prescribed hundreds of pills of opioids after, for example, shoulder surgery.

Kahn said the cannabis doesn’t help opioid withdrawal specifically—there are other drugs for that—but it can treat anxiety in some patients. “If the piece of the withdrawal you’re experiencing is anxiety, maybe it can help you,” he said.

When beginning treatment for opioid use disorder with buprenorphine, his patients have adequate doses within the first 24 hours to treat their withdrawal, he said. Under-medication—a dose that’s not high enough—is responsible for patients feeling withdrawal symptoms, and should not occur with good treatment. This is not always the case with OTPs, which are required by law to start methadone on low doses regardless of the dose the patient will end up on.

Kahn does test his patients, including for THC. But he doesn’t use the results punitively. (And he’s not an OTP, so doesn’t have those federal regulations to deal with.)

“If someone is positive and we didn’t know about it, we talk about it with them, see what it’s doing or not doing for them,” said Kahn. “We work with them about it. Toxicology is not there to punish people. It’s there to help guide treatment.”

How does Kahn know that his patients are not, for example, using the cannabis addictively, but really need it for pain? “That comes from the doctor-patient relationship,” he said. “You can’t tell from the blood level.”

But you can discuss it. “Ask them how much they’re smoking. We can talk about changing from smoking to either vaping or making some kind of foodstuff because of [lung] problems with smoking anything,” he said. “You can talk about how many times they’re using it a day, how many puffs, how many grams.” The point is to make an active commitment to work together as doctor and patient, he said—and to bear in mind that most of these cannabis-using patients are on fewer opioids for pain.

At Forest, patients come in voluntarily. “Everybody’s in therapy, so we’re not just handing out buprenorphine—we’re following them closely,” he said.

People who work in New Jersey’s cannabis dispensaries usually consult with the patients about strains and potency. But Kahn described this set-up as “the Wild West.” They’re not pharmacists or doctors, he said, “they just work there.”

New York State does not require its OTPs to test for THC. Allegra Schorr, president of the Coalition of Medication-Assisted Treatment Providers and Advocates, the state’s membership association of OTPs, told Filter that there is a very mixed message going out to OTPs about cannabis. Schorr, who is married to Kahn, also heads West Midtown Medical Group, a proprietary OTP based in New York City.

“There’s enough evidence on chronic pain so that we should try this,” said Schorr of medical cannabis for OTP patients. “There are some conditions that we can easily find consensus on.”

And she commended the state’s regulatory agency, the Office of Alcoholism and Substance Abuse Services (OASAS), for not taking a hardline approach. Many other states have much to learn from this.

Massachusetts, by way of contrast, is another state that, like Colorado, requires THC testing in its OTPs.

“Conquering an opioid addiction is no easy feat for someone chemically handcuffed to narcotic medicines,” said Benjamin Caplan, MD, founder of the CED Foundation and a physician who treats patients at the CED clinic. “In states with medicinal cannabis as an option, we see strong evidence of better results for recovery from opiates: fewer prescriptions, better pain management, less suffering, and better quality of life.”

Peter Grinspoon, MD, has treated OUD patients with cannabis as well. He has a primary care practice affiliated with Massachusetts General Hospital. “In the almost-universal anecdotal experience of the patients I’ve treated, cannabis is the most effective medication for withdrawal symptoms from opioid addiction,” he told Filter. “Certainly better than clonidine and lofexidine. This is true whether they are or aren’t in OTP programs.”

“In my personal experience transitioning off of opiates,” he added, “I found cannabis to be profoundly helpful, particular in offsetting the physical symptoms of opiate withdrawal, as well as cravings and anxiety.”

Seeing Cannabis Use for What It Is

Among many studies on this issue, there have been these findings showing the benefits or lack of harms of cannabis for OTP patients:

Cannabis use does not negatively influence opioid outcomes among patients receiving buprenorphine maintenance treatment, with no difference in productivity and quality of life between individuals maintained on buprenorphine with and without current cannabis use.

It’s not that most OTPs necessarily want their patients to take cannabis; many do not. But it should be up to the program’s discretion, they say, not mandated by state or federal governments in terms of testing and sanctions such as loss of take-homes.

And emerging evidence that cannabis helps with opioid craving make it even more important to use judgment, and not hard-and-fast rules, about cannabis—especially during an opioid-involved overdose crisis.

Retention in treatment is much more important than keeping people off of cannabis, which—unlike, say, illicit fentanyl—isn’t responsible for any deaths.