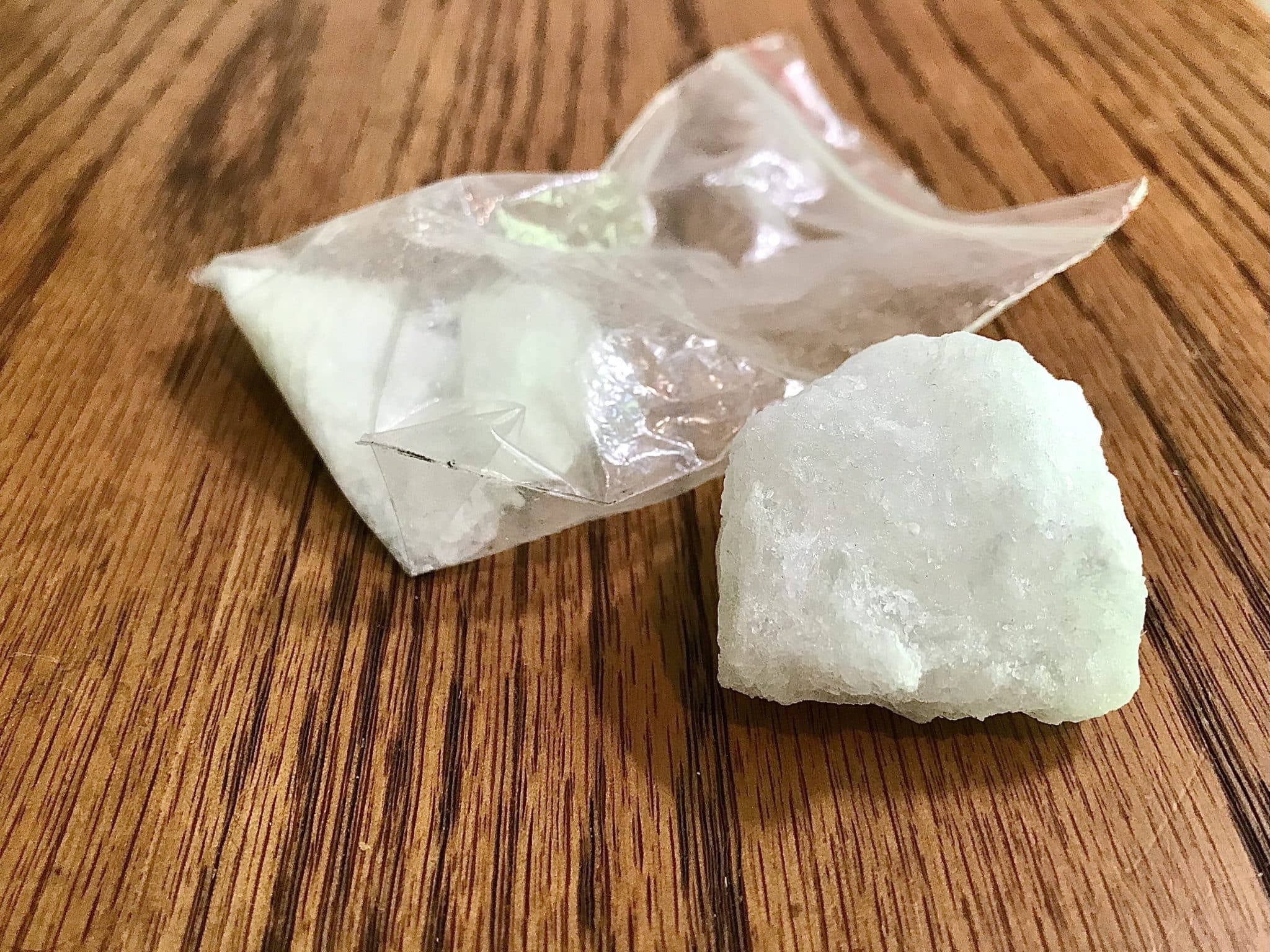 If you’ve ever seen someone talk about “new meth” online, they were probably describing how it explained some aspect of society—encampments, mental illness—that they found distasteful. These references don’t come from a rich diversity of sources, but tend to trace back to a single source: a 2021 Atlantic article by Sam Quinones.

“It was a very sinister drug,” Quinones told EconTalk of “new meth” when promoting his book, from which the Atlantic article was adapted. “You began to speak babbling, what they call ‘word salad’ in psychology. It began to create mental illness as it marched across the country.”

All meth actually has the same chemical makeup. The only difference is the production method, of which there are several. When the broader public thinks of meth, they’re probably thinking of meth derived from pseudoephedrine (Sudafed). “New meth” refers to meth derived from phenyl-2-propanone, more commonly known as P2P.

“New meth” is nothing to fear. For starters, it isn’t new at all. It emerged in the 1970s after the rescheduling of amphetamine—from Schedule III, as it orginally was under the Controlled Substances Act, up to the more highly restricted Schedule II category—created a void in the market. Production relied on phenylacetic acid and acetic acid, using a thorium dioxide catalyst. From there, a simple reductive amination reaction produces methamphetamine.

It’s easier to paint a drug as “sinister” if you don’t mention that there’s an FDA-approved prescription form.

P2P-derived meth was usually assumed to be lower quality than ephedrine-derived meth, meaning less pure. But “purity” means something different for meth than it does for drugs like heroin, cocaine or pressed pills. It doesn’t refer to whether adulterants like fentanyl are present in a sample of meth. Rather, it refers to the molecular structure of the meth itself.

Certain molecules can accommodate slight variations in the ways their atoms and bonds are arranged while still being the same molecule—a feature called isomerism. Methamphetamine, for example, can exist in a D (dextro) form or in a mirror-image L (levo) form. D-methamphetamine is what produces the psychoactive effects; L-methamphetamine is a byproduct. Meth “purity” refers to the proportion of D to L in a sample.

The ephedrine method of making meth is stereospecific, meaning that it doesn’t make both isomers as a product. That’s its big advantage. P2P does make both, so you have to either separate them later, or sell the racemic product (the mix of the two isomers).

Quinones claimed that separating the two isomers is “tricky, beyond the skills of most clandestine chemists,” but that it seemed “the criminal world” finally figured it out around 2006. Thus, a boom of unprecedentedly pure meth—high D, low L—compared to the so-called less pure P2P meth of 50 years ago.

Of course, what he’s essentially describing is pharmaceutical-grade meth, the regulated version of which is sold under the brand name Desoxyn. But it’s easier to for an article to paint something as “sinister” if it leaves out that there’s an FDA-approved prescription form that doesn’t cause “cerebral catastrophe” which “always [involves] violent paranoia, hallucinations, conspiracy theories, isolation, massive memory loss, jumbled speech.”

In reality, isomer separation is fairly teachable, and not all that mysterious. The cleanest and most straightforward way to remove the L from the psychoactive D isomer is capillary electrophoresis. This process involves feeding a meth sample into a small capillary tube and exploiting differences between the two isomers that cause one to “stick” to the tube’s coating while the other continues on. Anyone with around $4,000 can do this with via a capillary electrophoresis machine, which automates the process to minimize human error and labor.

Another way of separating the isomers is by making them into diastereomeric salts that can be physically sorted into different layers in a glass container. It’s more time-consuming and less precise, but requires no special equipment.

There’s no evidence that P2P-produced meth is any more or less neurotoxic than ephedrine meth.

In 1980, P2P was federally scheduled, law enforcement having caught on to its role in meth synthesis. This pushed the market into the pseudoephedrine-based production method, originally developed by chemist Nagai Nagayoshi in 1893.

In 2006, the government inevitably cracked down on Sudafed. Buying the medication from a pharmacy now required ID, and sales were tracked to limit the quantities people could buy per month. Mexico followed suit in 2008. Thus, P2P swung back.

The P2P method isn’t slowed by the need to physically go shopping for Sudafed—the tedious process portrayed in early episodes of Breaking Bad—so it makes sense that production and thus availability increased. P2P had just about eclipsed pseudoephedrine-based meth by 2012. Meth prices initially climbed, but dropped back to baseline around 2010-2012.

Other than direct observation, the only way anyone would know which production method was used for a meth sample is to examine leftover solvents which smell awful but aren’t especially dangerous. That requires specialized equipment and knowledge. Anything else is just an assumption based on P2P being the prevailing production method these days, but still not an assumption that means anything either way.

We have no evidence supporting the idea that the meth currently on the market is meaningfully different at a population level. Or that P2P-produced meth is any more or less neurotoxic than ephedrine meth.

P2P doesn’t even refer to a single method of production anymore. The original method is still popularly referred to, but hasn’t been the norm for years. We now see P2P made using nitrostyrene, or using ethyl phenylacetate. There are still other ways of producing meth that bypass P2P altogether. None of them are a smoking gun to explain rising rates of homelessness.

“New meth” is a convenient way of ignoring that we have a crisis of affordable housing across the country. That we have stagnant wages, inaccessible mental health care, COVID and escalating climate and drug war emergencies. Mythology has always been a tried-and-tested distraction from harder truths. “New meth” mythology is no different.