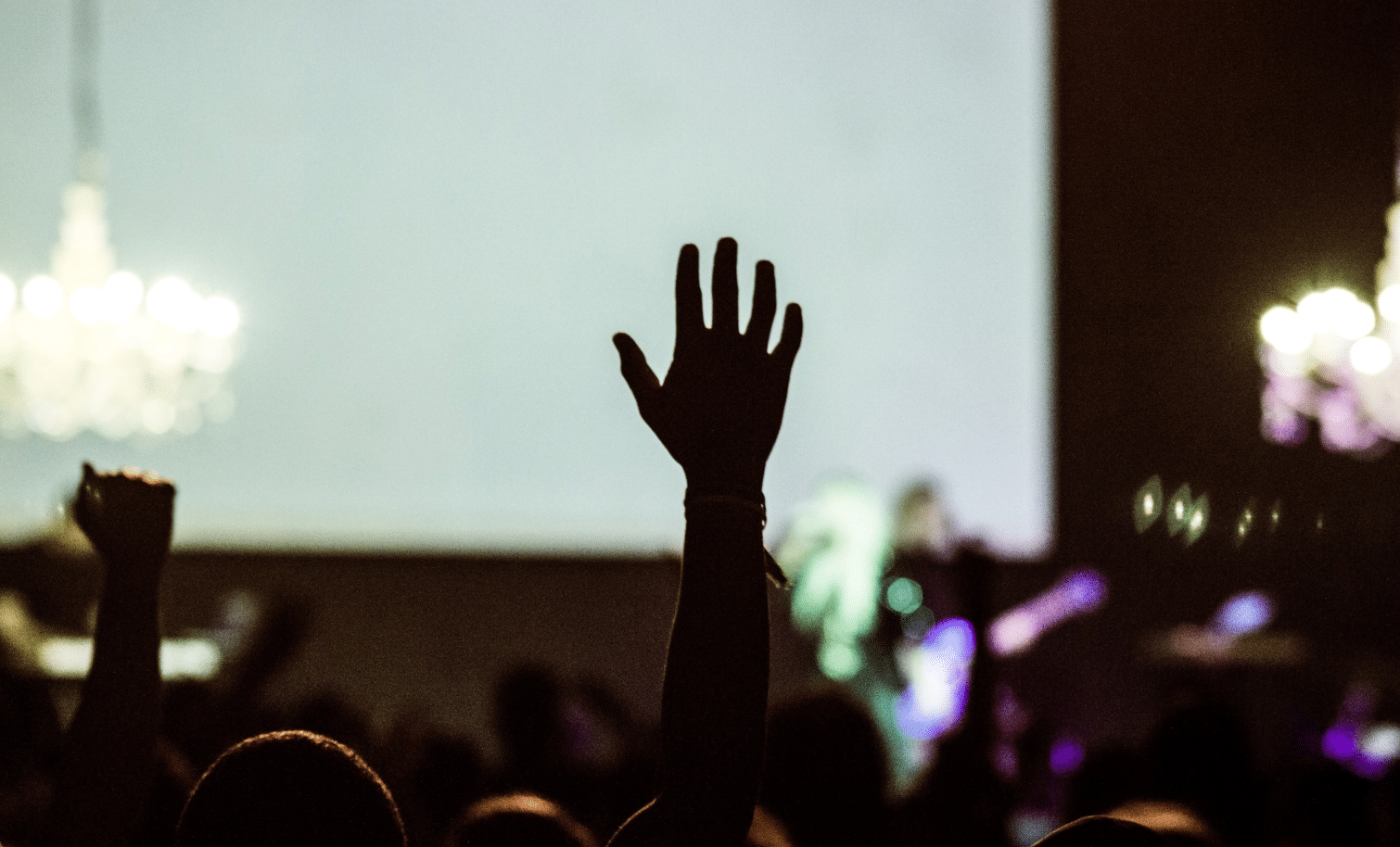 I had a counselor look me in the eye the other week and say, “No drug user can be a decent mother, come on!”

This is not only her truth. It is the truth that so many of us are taught, internalize and eventually believe, without question. We have become comfortable with blaming drugs and drug users for everything.

That is how, after I began using drugs like heroin as a teenager, my identity shifted from that of a young, creative girl to a criminal, selfish woman. We have created a destructive identity for people who use drugs, and this story is almost impossible to live beyond.

Like so many of my fellow drug users, I have sat in jail cells and felt my spirit and my fight dwindle, as I internalize the scapegoating of drugs and drug users for all of society’s ills. We are taught that we are broken, untrustworthy—and then our families and loved ones are taught the same. The story is reinforced, our identity hijacked.

What if we could create a new identity for ourselves?

So many of us are trying. We have user unions and networkers all around the world. I’m the director of one of them: the Urban Survivors Union a national alliance of drug user unions in the US. We organize, write and represent around this issue, among many others. But when it comes to scaling these programs, there is little movement and even less funding.

Why is that? There is no shortage of people who use illegal drugs—and I’m not talking in the past, like all those celebrities who are happy to tell us about their former drug use, now that they’re safely “in recovery”—but right now. Even if you exclude marijuana and non-prescribed use of pharmaceutical drugs, millions of Americans use illegal drugs every year.

This should be a powerful constituency—one that refuses to accept the damaging identity foisted upon us or the harmful laws that societal perceptions facilitate. Yet the vast majority remain silent.

I recently returned from the International Harm Reduction conference in Porto, Portugal, which was a chance to focus on what we truly need to make progress in this movement. At the closing session, Dr. Carl Hart, the Columbia neuroscience and psychology professor, author and drug policy reform advocate, issued a stirring challenge to the 1,200 delegates.

“You gotta get out of the closet about your drug use!” he declared. And despite his support for our work, he clarified, “I’m not talking about the drug user unions.”

“I’m talking about the ‘respectable’ people,” he continued. “People in suits, like me. Well, white people…”

Dr. Hart has been public about his own use of drugs such as methamphetamine and heroin. And his point was, the burden of the demystification and reframing of drug use shouldn’t fall on the most marginalized members of society—those who are most likely to be victimized by law enforcement and punitive laws. It should fall, instead, on drug users whose privilege gives them some protection.

Yet right after his powerful talk, I received an immediate reminder of why this has not happened.

I sat with people in Porto—members of our harm reduction movement—and watched as they became visibly angry about his call for people who have power and privilege to come stand with those of us who don’t.

I cannot, in other words, because my life is too comfortable and I cannot risk the privilege I have to fight for something as minuscule as drug-user rights.

That is the problem. People keep thinking it’s all about drugs, but it is about so much more. It is about personal liberty and social justice. It is about caring for our fellow human beings. It is not about getting high, which may seem optional and frivolous; it is about everything so many of us say we stand for, but just don’t have the energy to fight for. We just are living too good to think about the millions of people in prison, whose lives have been stolen and destroyed.

You only have an illusion of safety. You are only safe until you are not.

I don’t mean to make out that those of us in the drug user unions are all heroes. It may look like we made the choice to come out of the closet—wrong! Perhaps a few of us decided to come out, but mostly we were outed. We didn’t have a choice—it was made for us, by law enforcement, by members of our own families, by others who pointed the finger.

My 75-year-old mother, a longtime history professor at A&T University, has never broken a law in her life. She used to feel the same as those folks in Porto. Somewhere in her mind, she always thought I was exaggerating about how I have been treated by doctors, by police, by systems designed to “help” me. She used to believe she had rights, that if people behaved well, they did not have to worry. Only those of us breaking the law need fear. Maybe, she thought, the police misbehaved sometimes, but certainly not as a rule.

She believed this until she, too, had an experience which says was the worst moment of her life. It was life-changing for her: She finally realized that I and others were not safe, that the police were not people who protected us, but people we needed protection from. She was shown something very different about the country she so believed in.

You see, I have been targeted by the police department where I live in Greensboro, North Carolina for running an underground exchange when syringe service programs were illegal in this state. Because I have a history of selling drugs—and “once a dealer, always a dealer”—I have been accused of using the exchange as a cover to traffic and sell drugs, among other ridiculous allegations.

In September of 2013, my mother was caring for me at her home after I was involved in a hit-and-run which eventually resulted in the amputation of my right leg.

Police raided her home, brutally, and she bore witness as these officers violated her space, her rights and those of her disabled daughter and teenage granddaughter.

Some of the evidence they used to obtain a warrant to forcibly enter my mother’s home with assault rifles, military lasers, dogs, and full swat gear was the bandages, other wound-care items and medical trash (no syringes) that were being used by my home health care nurse.

Police involvement in my life has been difficult to share with others because it is so outrageous, people tend to think I could not possibly be telling the truth.

If this can happen to my mother, are any of us really safe? Are our freedoms real, or simply illusions?

Take a Stand With Us

I believe user-led programs are the heart of harm reduction. If we lose sight of this, we lose both our roots and our best teachers—people who are targeted and who are paying the ultimate price due to inequitable, racist drug policy.

This includes passing drug-induced homicide laws, charging friends and loved ones with murder simply for being with a person who is using drugs. In addition to human rights violations, these laws guarantee increased overdose deaths by creating a huge incentive for overdose witnesses not to call for help.

But people who don’t bear these deadly and dehumanizing consequences have an important role to play, too.

It’s to come out about their own drug use, to stand with the rest of us, and to underline, through their obvious success and functionality, that most people who use drugs, of any kind, do so without significant problems.

If you have privilege and truly believe in the rights of people who don’t, isn’t it time you considered making this sacrifice?

Data from the National Survey on Drug Use and Health show that only about 10 percent of people who use drugs struggle with chaotic use or addiction. In order to create a new identity for people who use drugs, we must hear from the remaining 90 percent. We need to hear the stories of people who use drugs in non-chaotic ways while working, paying taxes and raising children. We need your voices as we fight to end the unjust imprisonment and persecution of millions of drug users, fueled by stigmatizing and inaccurate media portrayals.

I’m not saying this is easy. It takes courage and there are consequences, even if only social ones, for everyone who comes out. But if you have privilege and truly believe in protecting the rights of people who don’t, isn’t it time you considered making this sacrifice?

Only when our allies are willing to see us as humans—people who must be heard, respected, and most importantly, defended—will the image that society has of drug users like me as crazy, lazy and criminal begin to dissipate.

That’s why coming out as a current drug user is an act that can drive real change.