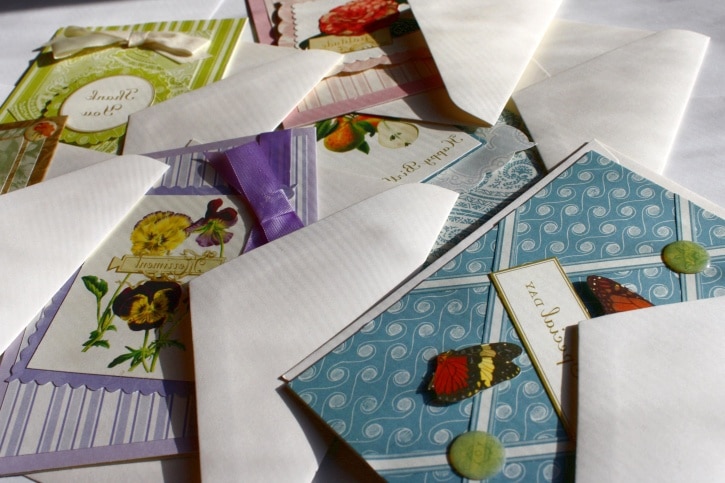 When LaToyia Walker was sent to Texas Lockhart Correctional Facility in 2017, her grandmother would scribble short notes on pre-written greeting cards before mailing them to the prison. Writing letters had become challenging after her grandmother suffered a stroke in 2012, and the greeting cards were a critical way of maintaining contact.

But in March 2020, the Texas Department of Criminal Justice (TDCJ) implemented a new policy that largely banned incarcerated people from receiving greeting cards in prisons, saying the measures would prevent delivery of contraband. Families could send cards directly from approved vendors to prisons, but couldn’t write in them.

The department is now partially walking back its policy, according to a letter sent to the Texas Criminal Justice Coalition on February 24 and obtained exclusively by Filter.

TDCJ will “soon be announcing” that facilities will allow greeting cards “for a period of time leading up to Mother’s Day, Father’s Day and Christmas,” according to the letter, which was sent from Texas Board of Criminal Justice Chairman Patrick O’Daniel to TCJC Peer Policy Fellow Maggie Luna. On a February 25 call with advocates, TDCJ said it would permit greeting cards postmarked two weeks before these holidays.

“The times were chosen based on demand and time [of] year not necessarily a particular holiday,” TDCJ Director of Communications Jeremy Desel told Filter by email.

“If they can implement three holidays, then they can just allow cards, period.”

Though some holidays, like Hanukkah, regularly fall within the approved window in which greeting cards are accepted in December, the cards may still be banned around other religious holidays. The end of Ramadan will also coincide with the Mother’s Day mailing period this year.

Incarcerated people still won’t be able to receive cards for their birthdays (unless they happen to fall around the three approved holidays) or other occasions.

Activists and people formerly incarcerated questioned why TDCJ had the ability to only process and inspect greeting cards for certain holidays, including Christmas—when many staff might request time off—but not other occasions.

“If they can implement three holidays, then they can just allow cards, period,” said Walker, who was released from the Lockhart Correctional Facility in December.

Texas first announced the new restrictive mail policies in January 2020, saying that the more stringent measures would protect both prisoners and staff. In addition to the greeting card ban, dogs would now search visitors, and if one signaled that someone was carrying illicit drugs, that person would be turned away.

“When offenders are harming themselves, they’re harming each other, they’re harming the staff, they’re creating a toxic environment that makes it hard for the people who are trying to do the right thing,” then-TDCJ Director Lorie Davis said at a press conference announcing the policy changes.

Activist organizations quickly criticized the “Inspect 2 Protect” policy. More than three dozen groups, including TCJC, the ACLU of Texas and the Texas Civil Rights Project wrote a letter to the Board in protest, describing how the policy would detrimentally impact rehabilitation efforts.

“Although TDCJ has stated that, ‘These policy revisions are not punitive but are needed to allow for detection and interdiction of easy-to-conceal drugs and technology,’ the reality of the situation is that for us (families, advocates, nonprofits and incarcerated individuals), they are punitive,” the letter stated.

“Greeting cards are one of the few sources of cheer and color in an otherwise dull and depressing atmosphere.”

“Eliminating all cards is extreme and detrimental to family and community connection … greeting cards are one of the few sources of cheer and color in an otherwise dull and depressing atmosphere.”

As COVID began spreading across the United States, maintaining the family connection became more difficult. The Department also shut down family visits in March 2020; incarcerated people have now spent a full year without seeing the faces of family members and friends.

“It hurt a lot of people’s morale not to be able to get cards from their loved ones,” said Tracy Williams, who was released from TDCJ’s Coffield Unit in December. “To not have visitation and for most of the year to be on lockdown, in prison, you can [have] a lack of hope. People can’t sometimes see purpose.”

Inspect 2 Protect ended many incarcerated people’s only lifeline to the outside world, Walker said. Church groups and pastors would still mass-mail cards into detention facilities, but the March policy prevented prisoners from ever receiving them.

Electronic communications could still be sent, but that’s much more difficult for some people to navigate than post mail. Some people don’t have regular computer or internet access. Others don’t know how to use them. Technological problems abound.

“I have to help them download JPay and show them how it works. And even then, some people don’t have credit cards and you have to use a credit card to load stamps,” Luna said. “They’re just making everything more difficult.” Twelve days before the Board sent Luna the February 24 letter, she and other activists had again urged Chairman O’Daniel to “examine the collateral costs” of Inspect 2 Protect, criticizing it as an “arbitrary policy.”

On the subsequent phone call with advocates, Correctional Institutions Division Director Bobby Lumpkin claimed Inspect 2 Protect had decreased the volume of drugs entering prison facilities, but that he couldn’t share specific numbers because it was sensitive.

When asked for concrete figures detailing how much Inspect 2 Protect had impacted contraband recovered from incarcerated people, Desel told Filter that “due to the pandemic and the changes associated with it there are no comparable numbers available.” There is little if any evidence that restrictive mail policies in prisons affect the flow of contraband.

“I do not think that the bulk of drugs coming into the system comes through families,” Jennifer Erschabek, the executive director of the Texas Inmate Families Association, told Filter.

Decades of studies have shown that connections between incarcerated people and their loved ones positively impact recidivism rates. “Research shows that incarcerated people who maintain supportive relationships with family members have better outcomes—such as stable housing and employment—when they return to the community,” a 2011 Vera Institute report stated.

“People forget that these are people,” he said. “These are humans, and the greeting cards, and lack of visitation, and all the things that went in effect was very detrimental to a lot of people and who knows the effects it’s going to have on people down the line … we need to have better ideas of how to restore people back to society.”