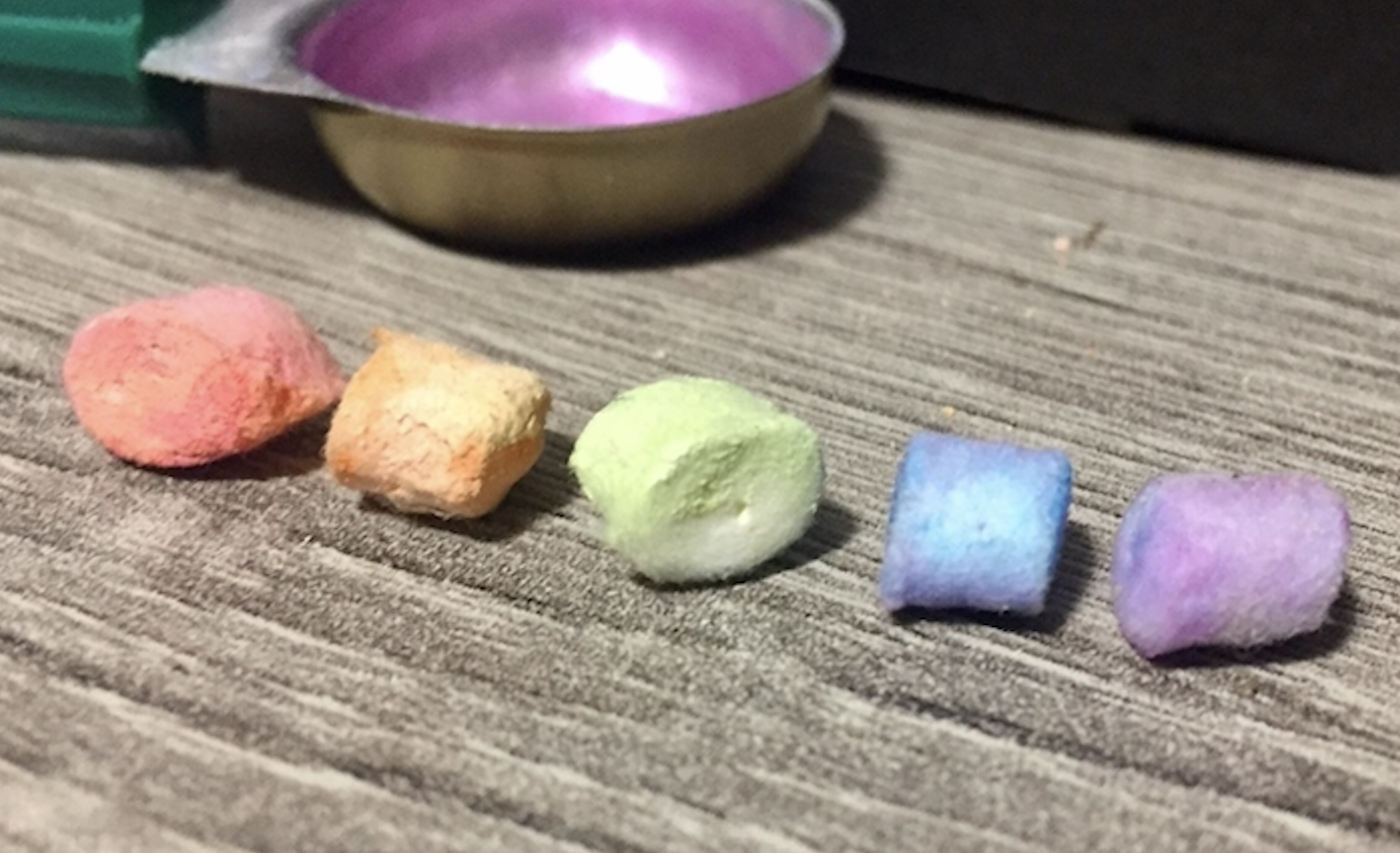 When Toronto’s Moss Park Overdose Prevention Site opened as an unsanctioned service in August 2017, drug-checking data contributed by staff and participants caught the final few months that the city’s heroin supply was still mostly heroin. By Christmas, it had shifted completely to fentanyl. Initially this looked clear or white or beige; either powder or small crystals. But almost immediately it started showing up in color. Drug sellers, faced with a sudden crisis, were innovating to protect their customers and themselves.

“If you have one little baggie that’s got something that’s white and crystal, that could be crystal meth, and you’ve got another little baggie, you don’t want to accidentally sell the fentanyl to the person who wants crystal meth,” Dr. Gillian Kolla, one of the site’s original coordinators, told Filter. “So that’s a good way to keep them distinguished. And that’s pretty much what’s predominated.”

“Rainbow fentanyl” never became a narrative with Canadian media because Canada has public drug-checking, and we have a DEA.

Fentanyl coloring in the United States has played out in more or less the same way. Fentanyl powder here is often purple or blue or pink or green, with no more or less risk to the user than the fentanyl that remains white or beige. The reason “rainbow fentanyl” never became a narrative with Canadian media is because Canada has public drug-checking that enables people to substantiate their supply shifts with data, and we have a Drug Enforcement Administration.

On the East Coast, where fentanyl has saturated the supply for years now, variably colored powder is nothing new. But on the West Coast, black tar heroin was still widely available up until the pandemic, when fent pressed pills—the blues—replaced it completely.

Fentanyl pills have taken over the supply at least as far east as Denver. In terms of user experience, the different evolving colors are no more significant in pill form than when colored fentanyl is sold in powder form or compressed as solid weight. But the pills provide a newer, more compelling visual, easy for anyone with a financial stake in prohibition to project some sort of meaning onto it. The DEA put out an August 30 press release warning of “rainbow fentanyl” as referenced in national media, but it’s only since then that the media has really picked it up. The “rainbow fentanyl” panic is a natural extension of several things: the long-standing annual tradition of Halloween candy-based fearmongering; the escalating demonization of fentanyl as a call for increased funding to law enforcement and border patrol, and for higher-potency naloxone products developed by pharmaceutical companies; and the need to convince a public acclimating to the idea of fentanyl that, actually, fentanyl is even scarier than they thought.

It’s a marketing stunt, like rainbow bagels, except it’s the DEA marketing a justification of its own existence rather than drug sellers marketing their product to children. People sell drugs because they are economically motivated to do so. No one except the DEA and its allies is arguing that it’s good business strategy to wantonly kill off your adult buyers and give free samples to children, a previously untapped customer base because the fentanyl was never pretty enough and not because children do not have money.

“Fake pills that are clearly fake are helpful for them to know that what they’re getting is not the OxyCodone they’re used to, but something more potent.”

People who don’t use drugs really hate this idea, but drug sellers have done more to keep people safe during the drug war than pretty much anyone else. The emergence of different colors of pressed pills alongside the blues won’t lure in younger buyers. If anything, it’ll help keep new buyers safe.

“For pain patients being cut off from access to pain medications because of deprescribing initiatives, they’re increasingly turning to street pills,” Dr. Nabarun Dasgupta, a harm reduction-based researcher at the University of Carolina at Chapel Hill, told Filter. “Fake pills that are clearly fake are helpful for them to know that what they’re getting is not the OxyCodone they’re used to, but something more potent.”

Drug-checking data now being collected by Dasgupta and his colleagues regularly include differently colored samples; like the people who used the samples, they know that the colors are not really significant.

“The DEA, the way that they’re portraying people selling drugs in this way is kind of feeding into this mythology about predatory drug sellers,” Kolla said. “When you actually get into the community and ask people, [you hear] drug sellers are actually actively trying to care for the people who are in their communities because they’re part of those communities. They’re also drug users. They’re not out to harm anybody.”