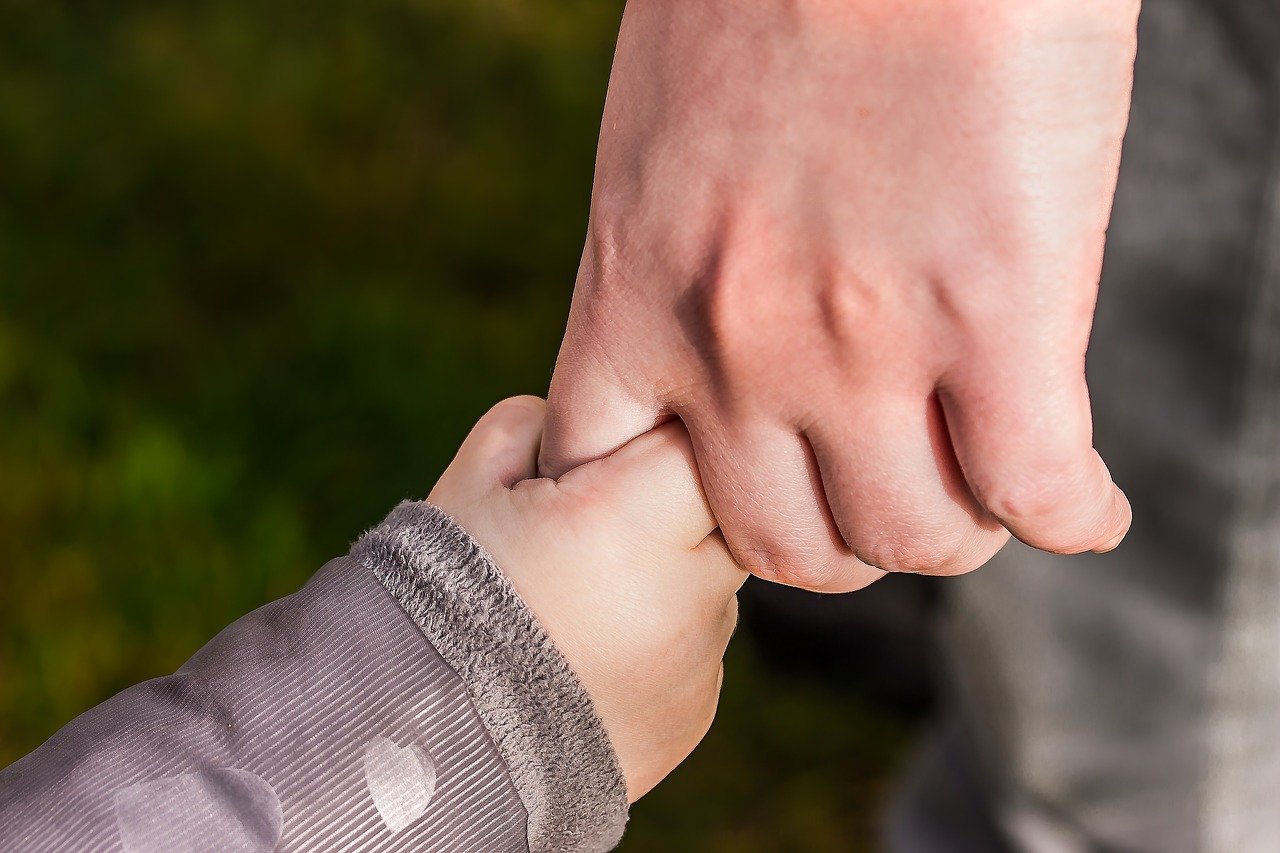 Many of us are parenting while using drugs. Sometimes with a single drink at dinner; sometimes with criminalized substances; sometimes chaotically so. But often it’s invisible, because we’re doing it in the closet.

In his recent book, Drug Use for Grown Ups, Dr. Carl Hart describes himself as a responsible husband, professor, researcher and father, who happens to use heroin. His candor shocked many, even enraging some. It inspired me—both to be public about my own drug use as a parent, and to take an honest look back at how that went.

In my son’s early years, I had problematic relationships with various drugs. In many ways, my story is typical of what we see played out in film after book after interview. Compounding traumatic events, a fractured family and bullying lead tween girl to start using substances. Eventually, use becomes chaotic. A series of bad relationships, lost jobs and cross-country moves ensue. Twenty years of chaos go by. Finally, woman—a mother now—enters hospital-based 28-day treatment and traditional 12-step program. She recovers. Cue the dramatic violins. Curtain falls on Happy Family.

I’ve long felt that I was not as bad of a mother as treatment providers, various other health care professionals and even my own family had led me to believe. I knew I must have been a “good mother” at least some of the time. And I now believe I was a better one than anyone—including me—gave me credit for at the time. My son has become an incredible man.

The day my son was born the nurses cursed me.

For so long, I hadn’t wanted kids because I’d been taught that “drug addicts make horrible parents.” The day my son was born the nurses cursed me. When they asked me sweetly, “So honey, when will we see you again?” and I said, “Hell no!” they took offense. Aren’t all women supposed to want children?

After they placed him in my arms for the first time, I held him. Then I said, “Okay, I’d like to go have a smoke.”

Again, they were disgusted. “What? You don’t want to hold your son?” I replied that I was going to hold him for the rest of his life; they could take him for 15 minutes.

Later, my doctor came in, laughing. ”Okay, what did you say to the nurses?” I was fond of him, and he of me, and I’m grateful he did not perpetuate the cycle of mother-shaming.

People can be drug users—and even chaotic drug users—and still be good parents. My son can certainly tell you about a holiday (or two) that I ruined due to my drug use. But he has far more stories about how I was there for him, volunteering for school activities and after-school activities, working long hours at my own business, schlepping him to acting classes, buying him art supplies, protecting him when he got into trouble.

One of the most important lessons I’ve learned is to regret nothing. Over the years, many people have asked me if I regret using drugs for so long. They always assume the answer will be “Yes.”

I seem to constantly surprise people when I say: “No. Because if I did, I’d be a different person with a different life trajectory, and I love what I do. And now I have my son. He means everything to me. So no, I wouldn’t change a thing.”

One of the most challenging aspects of parenting under the influence is the looming threat of Child Protective Services. Another is the stigma.

Many of us partake in some psychoactive substance or other. We most often do so responsibly. Rates of addiction haven’t changed significantly in years; it’s death rates that have changed, from a poisoned drug supply.

One of the most challenging aspects of parenting under the influence is the looming threat of Child Protective Services, particularly for parents of color, whom the system targets. Another is the stigma we endure—born of the notion that any drug use is bad and that the only acceptable course of action is therefore to quit.

But as any drug user knows, drugs can be useful in times of stress. It’s telling that alcohol sales increased in the early months of the pandemic (although we’re less sure whether people increased their consumption immediately or were perhaps stockpiling it for lean times, like toilet paper).

Pleasure can be a key, underrepresented benefit of drug use—one that feels especially precious these days. What we’ll never know is how many times, over the past 14 months, moms or dads or grandmothers or caregivers have had a drink, or used another substance, instead of yelling at their partner or their child, or worse. We don’t share these stories because they’re taboo. Yet so many of us can relate to using drugs as a coping mechanism that spares those around us from our frustration and anger.

We are all complex human beings with complex relationships—to substances, as well as to our children and partners. To label us “bums” or “addicts” is reductive and inaccurate. We need to end these narratives.

Neither is it accurate or helpful to assume that children of “problematic” drug users will become problematic drug users themselves. Think of the stigma against pregnant people who use drugs. Think of the panic around “crack babies”—a racist lie weaponized against Black parents beginning in the 1980s, since been shown to have no basis in reality. Every year in my classroom of graduate counseling psychology students, no one is aware that “crack babies” are a myth. Genetics aren’t fate. What often matters more is how healthily we parents and caregivers respond to our kids’ experimentation.

It’s crucial for our kids to have accurate and unbiased information about what the drug supply is like these days.

I’ve learned over the years that shaping your life only around your children isn’t healthy for them or for you. Better to not hover, to let them make a few mistakes of their own here and there. It’s our job to teach critical thinking about risk and make space for our kids to figure out which risks are acceptable to them. Trust your own judgment and your kids will learn to trust theirs.

It’s also crucial for our kids to have accurate and unbiased information about what the drug supply is like these days. This means, given that they or their friends are likely to use drugs at some stage, teaching them harm reduction. That includes encouraging them to never use alone, and making clear that they can always talk to us—even if it’s hard for us to hear what they have to say.

Many years ago, during my time teaching in an alcohol and other drugs certification program in the Bay Area, a student forcefully raised her hand during a discussion about harm reduction and said, “My dad was a heroin addict and a lousy father!”

Tearful and angry, she told us that heroin was what had made him a bad parent. I didn’t know what to say. I asked her if I could get back to her. She agreed, convinced I’d ultimately have to concede that parenting under the influence of heroin was bad—and at first I couldn’t see another conclusion either.

I went to a colleague and mentor, Dr. Patt Denning, for advice. “Well,” she said, “who’s to say her dad wouldn’t have been a bad father without heroin?”

When I asked my student this, she didn’t respond right away. Finally, she said, “I never thought about it that way. I was just so angry at the drug for making my dad not able to be there for me, I thought.”

This grew into an honest and enlightening class discussion that lasted the rest of the semester. And it opened my own mind to the possibility that perhaps—just perhaps—I myself had not been such a bad mother, despite being a “dirty drug addict” for nearly half of my son’s youth. I’d never considered that possibility before.

I wonder how much the shame of being labeled a “drunk,” an “addict,” a “slut” and an embarrassment of other slurs kept me from seeking help earlier than I did. Even people in 12-step programs added to that shame, especially those who told new women members things like, “You need to look for your own part in your sexual assault.”

We’ve all been guilty of less-than-honorable behavior at some point, often without substances in our systems. Guilt can sometimes be motivating, but guilt is different than shame.

Shame is not a motivator for positive change. It is more often a reason to stay stuck. And stuck I stayed, for more than 20 years.  It wasn’t until I saw that others could love me for who I was—warts and all—that I began, slowly, to believe I was worthy of positive change. And that my son would not be better off with me dead.

Addiction isn’t a moral failing, nor is “recreational use”—rather, it is society’s treatment of us that is the moral failing. Like millions of other moms and caregivers, I was doing my best to care for myself and my family. Our American culture just loves binaries too much to think critically about substance use. Things are black or white, right or wrong, clean or dirty. In those narratives, drug use and good parenting are mutually exclusive. And yet the two do coexist, and always have.