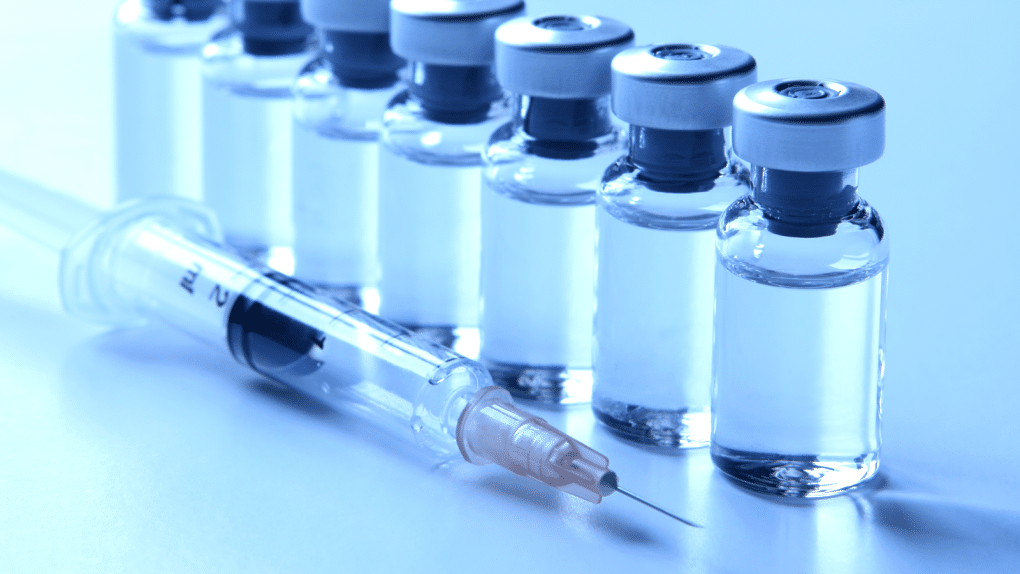 In 1974, scientists at the University of Chicago immunized a rhesus monkey against morphine. After training the monkey to self-administer both heroin and cocaine by hitting buttons that delivered small, separate doses into a surgically-placed catheter, they administered the vaccine. The monkey’s heroin use plummeted, but it continued to use cocaine the same as before—a sign that the vaccine was working.

The effects started wearing off in a matter of hours, and it wasn’t long before the monkey required boosters. If offered a high enough dose of heroin, its interest in using it returned.

This wasn’t the most sophisticated methodology. But in the decades since, as our technology and grasp of vaccine science advanced, the idea of a vaccine against addiction lingered. Researchers have attempted immunizations for tobacco and cocaine, both of which were tested on humans but failed to receive Food and Drug Administration approval because they were found no more effective than placebo.

Human trials are currently underway for a vaccine against oxycodone, oxymorphone and hydrocodone—better known as OxyContin, Opana and Vicodin. The University of Minnesota Medical School team behind the research sees this as an additional treatment option for addiction to those pharmaceuticals.

The vaccine is intended for people with opioid use disorder. It would train immune cells to treat opioid molecules like an invading pathogen, and destroy them before they can make it to the brain. It would not reduce cravings, but would block people from feeling any effects of the opioid after they used it. If effective, they would experience no pain relief; no euphoria; no overdose.

The idea is that over time this reduces psychological dependence, too. But this may push people to begin using larger and larger amounts to feel the desired effects—and a large enough dose will overcome the vaccine’s ability to prevent overdose.

The overdose antidote we already have, naloxone, works against all known opioids.

Prescription opioids like hydrocodone are not a significant driver of overdose. Their mortality impact has been dwarfed by fentanyl and a rising number of synthetic opioids for nearly a decade now.

The team has received funding to develop a fentanyl vaccine as well. While a once-promising nicotine vaccine meant to aid tobacco cessation ran into issues around dosing, a fentanyl vaccine might be more viable. Most smokers take in large daily quantities of nicotine, and the sheer number of nicotine molecules proved too great for the immune response to fight off. Fentanyl’s higher potency means that people typically consume significantly fewer molecules of it at a given time.

But even if it was developed and worked as intended, it would be years before it was approved and available to patients. We will almost certainly be facing an entirely different drug landscape by then.

“Given the sheer number of structurally different opioid molecules, I doubt that it would ever be possible to keep up,” Dr. Ryan Marino, an emergency medicine physician and medical toxicologist at Case Western Reserve University, told Filter.

The overdose antidote we already have, naloxone, works against all known opioids.

The federal government funded harm reduction programs for the first time in March 2021, authorizing $30 million to be divided between an unknown number of programs. Applications didn’t open until December, and the funds will be dispensed $10 million at a time over three years. According to the Seattle Times, the UMN team’s fentanyl vaccine research received “about $50 million” just to fund a “future clinical trial,” and “more funding to test vaccines against heroin and other drugs.”

“It is true that more treatment options are generally better,” Marino said. “But what doesn’t make sense to me—as someone who treats both overdose and addiction—is putting so much funding towards this when we already have an antidote for opioids, a long-acting opioid blocker and two other evidence-based treatment options for opioid use disorder that both reduce opioid use and prevent overdose.”

“With funding, not only could I afford to buy in bulk, I could give participants more supplies to share.”

Jessica Blanchard is the founder of 229 Safer Living Access, a grassroots mobile harm reduction program in Georgia. She receives naloxone and safer sex supplies through other organizations, but buys everything else herself out of pocket. This limits operations to one day a week, during which she can reach about 140 people at most.

“With funding, not only could I afford to buy in bulk, greatly reducing cost, but I could also give participants more supplies to share with those unable to make contact with the program,” Blanchard told Filter. “I would pay program participants to do secondary distribution. [They] are the experts here. They express desire to participate in distributing supplies and educating their peers. But without the ability to compensate them for their time and lived-experiential knowledge, I simply can not ask them to help.”

Vaccines and other shiny new tech may one day have a role to play the overdose crisis and substance use treatment landscape. It’s a core value of harm reduction to be able to offer options, so people can maintain autonomy and access what works best for them as individuals. But the lion’s share of funding should not be going to glossy biotech advancements still in their infancy—and statistically likely to fail—while leaving evidence-based, on-the-ground solutions to compete for scraps.