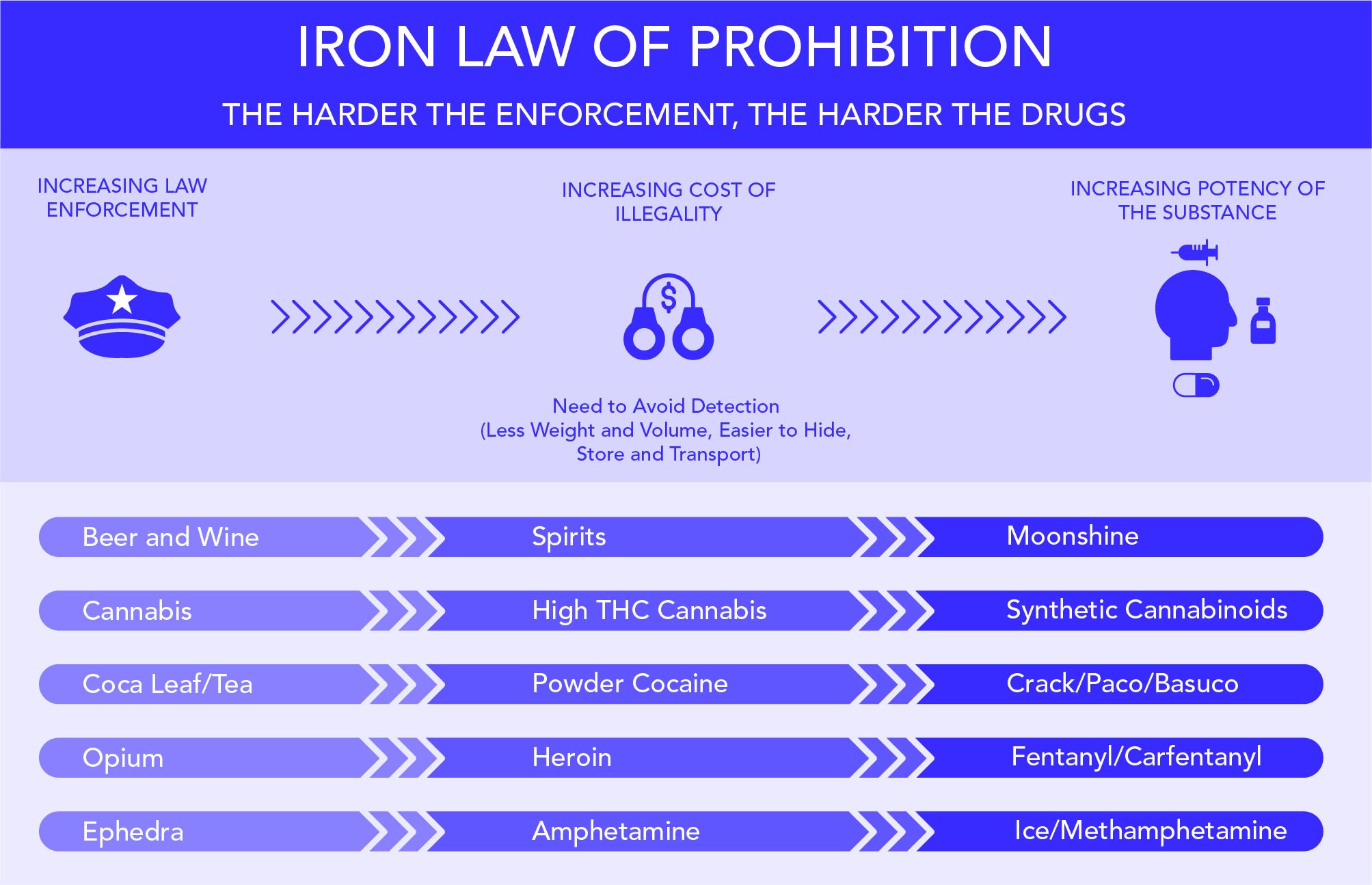 “Regulation: The Responsible Control of Drugs” offers a “a practical roadmap” for “transitioning from illegal to legally regulated drug markets.” Among so much else, it features an infographic (above) neatly illustrating a central tenet of drug policy reformers.

The “Iron Law of Prohibition”—a term coined by cannabis activist Richard Cowan in a 1986 article titled “How the Narcs Created Crack“—posits that “as law enforcement becomes more intense, the potency of prohibited substances increases.”

In the 1986 article, Cowan attributes the “law” to a single factor that holds true for both suppliers and users. Both groups seek to minimize the bulk of contraband. Smuggling rum was more efficient than transporting beer and wine; “tiny pieces of crack are easier to carry than cocaine powder.” And from the demand perspective, “the more potent forms of drugs offer the user the same convenience of transportation that is of value to the supplier.”

“With illegal drugs the trend is accelerating in the wrong direction,” Cowan wrote in 1986.  “[N]ot because of the thrill-seeking or self-destructive minority, but because of the dynamics of the markets for contraband. Synthetic drugs to replace heroin are already available and are as much as a thousand times more potent than the real thing.”

His prescient thinking is aptly illustrated by the increasing prevalence of fentanyl in North America today.