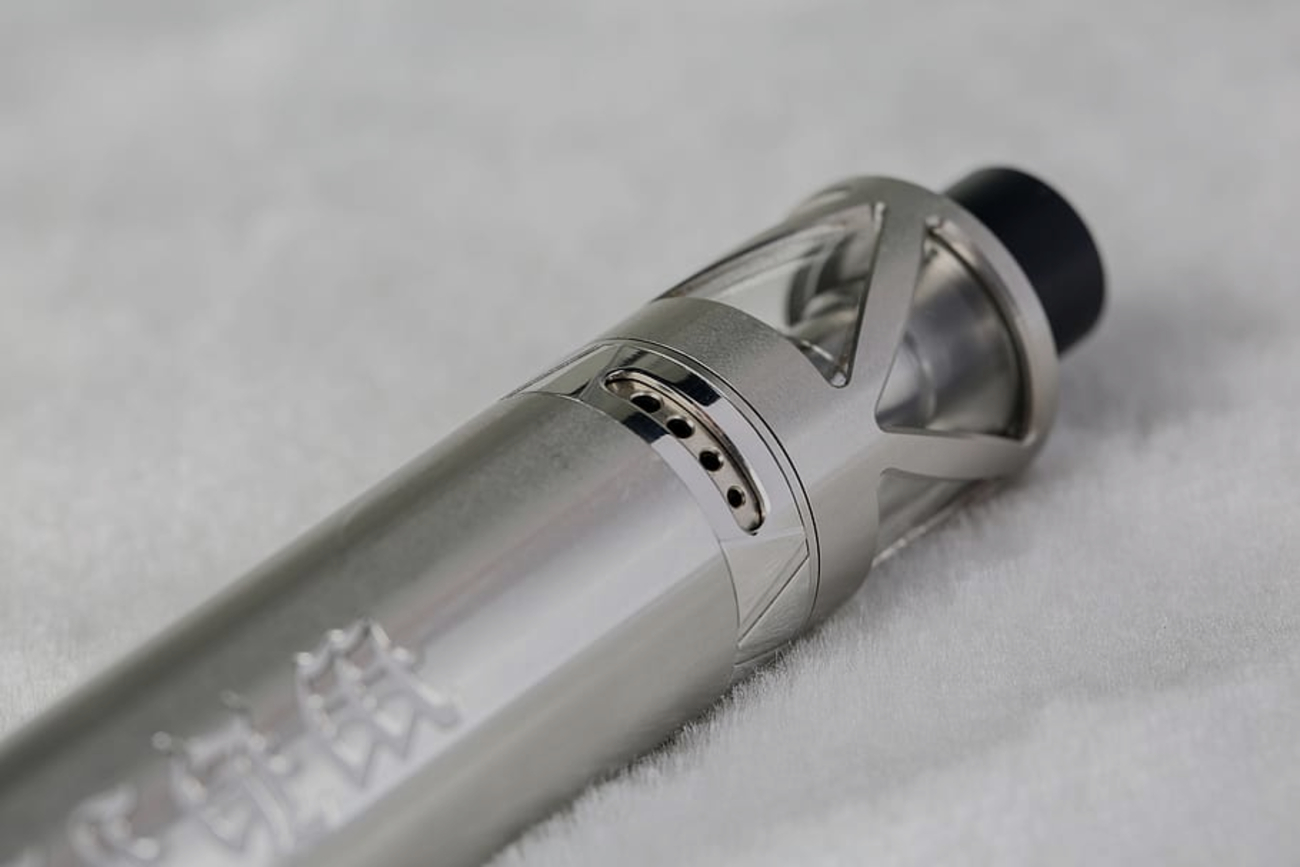 A kind of crack vape pen, yet to be developed, could be a valuable harm reduction tool, mitigating some of the health risks of consuming crack from illicit sources, according to a new paper.

“It’s a thought I’ve had for a very long time,” Fabian P. Steinmetz, a toxicologist who co-authored the paper with social scientist Heino Stöver, told Filter.

In Europe, where the paper was drafted, the most commonly seen state-banned substances—outside of cannabis and perhaps MDMA in some jurisdictions—are heroin and crack, he said. Steinmetz noted that there are numerous long-established harm reduction models and tools for heroin (though they are not present in every country).

Switzerland, for instance, has been offering pharmaceutical heroin to people who use drugs for decades, helping people to stay safer and stabilize their lives.

“Logistically thinking, how can we provide 20 hits of crack per day to a person?”

However, most medically provided heroin programs work because providing a person with heroin two to three times a day isn’t particularly difficult, according to Steinmetz, though having to attend clinics so regularly can present a barrier for people. But with crack, this problem is amplified, because the effects last a number of minutes, rather than hours.

“Logistically thinking, how can we provide 20 hits of crack per day to a person?” Steinmetz asked.

A crack vape pen, or “e-cigarette,” the paper argues, would potentially answer this question, while having several other benefits. Like safe supply in general, it would be free of undesired and potentially harmful compounds, containing only crack plus anything in the vape juice. It would also contain a known dose.

Further, accessing the devices via a doctor’s office, for instance, could give people who regularly use crack the opportunity to speak with medical staff about some of the health issues that might go along with its use—like sleep deprivation or cardiovascular problems—and anything else. However, activists have criticized the limitations and barriers of overly medicalized models of safe supply, when so many people who use drugs have had traumatic experiences with health care systems.

But much like prescribed heroin or any form of freely provided safe supply, prescribed crack vape pens could add stability to people’s lives by removing or reducing the need to obtain drugs from other sources.

As for the specific properties of such a device, vaping is less harmful to the lungs compared to smoking—a fact that underpins harm reduction with nicotine. Smoking—in general, and with crack in particular—involves inhaling hot particles, which among other issues can burn the lungs, a pretty tender organ, Steinmetz said.

“This is a big advantage for pulmonary health,” Steinmetz said of the difference a crack vape could make. He also noted that such a device could be configured to allow a specific quantity to be drawn on each hit.

Steinmetz emphasized that this is an entirely theoretical concept—even setting aside legal barriers, there’s no prototype and no experiments have been done to make such a pen. However, it should be technically possible. There are many other kinds of vapes on the market, from cannabis to DMT and even cathinones.

“The general principle to put drugs in e-cigarettes, I mean, this is already pretty old school,” he said.

Ideally, policymakers should use different “regulatory levers” to encourage use of slower-acting forms of cocaine, Rolles said.

Steve Rolles, who is mentioned in the acknowledgement section of the paper for feedback he provided on the idea, is a senior policy analyst with Transform Drug Policy Foundation, and the author of the book How to Regulate Stimulants: A Practical Guide.

He is not against the idea of a cocaine vape pen—he acknowledged that it would carry fewer risks than smoking crack, stressing that there needs to be more discussion of stimulants in harm reduction and that crack use should not be stigmatized. But he does have some concerns.

While Rolles supports anything that makes drug use safer, he told Filter that he wondered about the possibility that vape pens—which would almost certainly sometimes end up on the illicit market—could potentially encourage some people to use crack more frequently, without removing all of the attendant risks. Trials would need to be performed to see how the vapes performed in different situations, he said.

Rolles is in favor of the legal regulation of all forms of cocaine, removing criminalization and supply-side risks. But ideally, policymakers should use different “regulatory levers” to encourage use of slower-acting forms of cocaine, which come with fewer health risks, he said.

“[S]lower-release forms of cocaine, most obviously oral coca leaf preparations, are lower-risk,” according to Rolles. “[T]hey release the alkaloid steadily over an extended period, avoiding the roller coaster of redosing, and the initial rapid onset particularly associated with smoked or injected use; the ‘rush’ is part of the appeal for many, but also increases cardiac risks, and lends itself to more intense patterns of dependent or binge use.”

At the same time, some people with lived experience feel there’s certainly potential for the vape-pen strategy. Nat Kaminski is the president of the Ontario Network of People Who Use Drugs (ONPUD), a new organization governed by people with lived/living experiences of drug use in the Canadian province.

“I think the discretion piece is huge. It could protect some of the most vulnerable populations that smoke crack.”

Kaminski told Filter that even outside of a sanctioned safe crack supply program, the discreet nature of a vape pen, compared to a pipe, could be valuable in terms of harm reduction. It could look and potentially smell less conspicuous—this, in turn, could protect people using them from being arrested in public spaces.

“I think the discretion piece is huge,” Kaminski said. “It could protect some of the most vulnerable populations that smoke crack.”

They also said that vaping oil is a slower process compared to burning crack using a torch and a pipe and, thus, the crack may last longer.

Leticia Mizon, an ONPUD board member who also has lived experience, told Filter that people who use the vapes might also be less targeted if someone decided they wanted to steal their drugs—which isn’t terribly common, she said, but does happen.

Kaminski and Mizon also noted some other potential benefits with vapes. There’s less chance that a person could cut their lips compared with a pipe. If the vape pen were made in the right way, it could also be easier to control dosage.

However, they also noted potential barriers. For one, the vapes would need to be inexpensive (or potentially free), as crack is quite costly, and an added price from the pen itself might dissuade people from switching.

Further, Kaminski and Mizon described the power of the rituals often associated with doing drugs. In terms of crack, this can involve packing a pipe, scraping out the resin, and such. A vape pen would functionally remove that, though Kaminski suggested that a person could use the pen outside the home, and a pipe inside.

Because of these rituals, and a person’s preferred method of consumption, the two also noted that it would equally be a hard sell getting people who use crack to transition to slower-release methods—such as insufflation or chewing coca leaf.

A cocaine e-cig is likely to be a long way off, if indeed it ever gets made. Legal barriers persist, even if safe supply is breaking through in countries like Canada. And pharmaceutical companies might not see enough profit to get interested in developing these devices without additional incentives from government.

But devoting more attention to stimulant harm reduction is a need on which Steinmetz, Rolles, Kaminski and Mizon all agree. And researchers thinking outside the box on this issue, even if not every idea comes to fruition, is a positive sign.