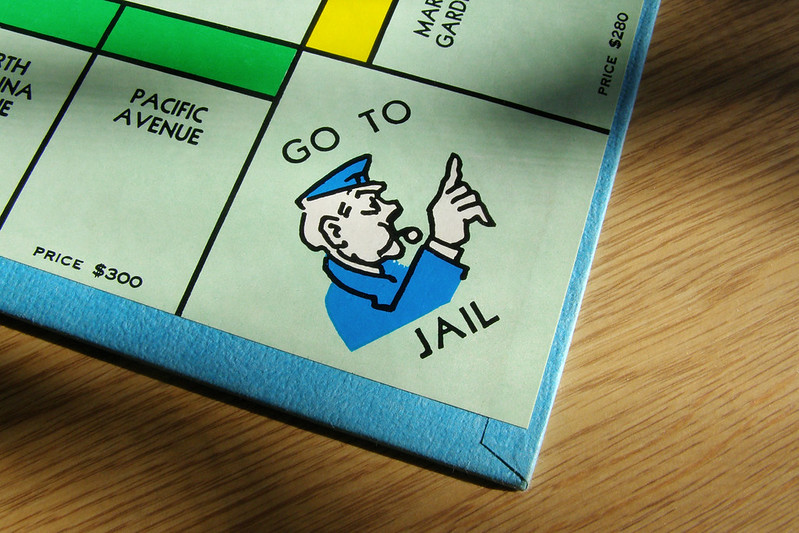 In her late 20s, Laura* sold an eighth of Vitablend to a person who turned out to be an undercover state narcotics officer, assuring them it was cocaine. Laura, who is an old friend of mine and had priors, couldn’t afford bail or a private attorney. So her options were a plea deal for a shorter sentence followed by parole or probation, or going to trial to risk a much longer sentence followed by parole or probation. She took a plea, and was sentenced to three years in prison and 27 years on probation.

In a split sentence like this, each technical violation of probation—“failing” a urine test, or not paying a fine on schedule—means up to two years revoked from the probation time and added to the prison time. Laura’s original three-year prison sentence meant she’d be eligible for parole after one year, under parole conditions stricter than those of her probation. But the probation isn’t served concurrently with the parole; her 27 years would still be waiting.

Georgia is one of several states in which prisoners spend their sentence performing full-time forced labor for $0. It’s illegal for us to earn money on our own, too. Moving drugs or other contraband, selling craft projects made from our cells, writing articles—all crimes. Without anyone on the outside willing and able to add funds to your commissary account, the day you are incarcerated is the day you begin your peonage.

Accessing the courts required that Laura take on legal debt. Prisoners with no spendable balance and who have received no money in the past 30 days fill out the “Indigent Supply” form in order to be loaned the writing materials needed. Each week, Laura could usually get 20 sheets of unlined paper ($.02/each); five sheets carbon paper ($.05/each); five #10 white envelopes ($.03/each); one pen ($.02); and two stamps ($.58/each). Around $2 weekly, or around $100 over the course of a year, was charged to her definitionally empty account as debt. There is no supply of these items for personal use; you can use your legal supply that way if you want.

Legal debt is nothing on medical debt, of which it’s normal to owe around $500 after a year. But Laura visited medical ($5 copay) as often as possible to be issued over-the-counter meds ($5 each, excluding those for incurable conditions), which she could resell for $1 or $2 of food or toiletries. A blister pack of sinus pills costs $1.75 from the commissary, but $5 for those who can’t afford $1.75 and must get it through medical debt.

All her free-world belongings had been confiscated and auctioned off; none of those profits were credited toward her debts.

After two years of working 40 hours a week in the Georgia Correctional Industries plants for free, and attending all her required classes and self-help groups, Laura was allowed to parole out with $2,200 of debt. All her free-world belongings had been confiscated and auctioned off; none of those profits were credited toward her debts.

If you pass through a Transitional Center (TC) to begin work release, it is expected that you save a minimum of $1,000 within 18 months. Anything short of this can be deemed “program failure” and result in your return to the prison system and the forfeiture of your TC savings account toward state debt repayment. If your debt is more than $1,000, you still owe the remainder and begin the process of accumulating additional debt.

There’s no direct deposit here; your paycheck is sent to the TC, which will then deposit it into your savings account for you—minus 10 percent that’s automatically deducted for state debt, and $60-$90 each week for room and board. You can carry up to $20 cash during this time. $20.01? Back to prison. If you need more than that to purchase something from commissary, where items run about twice as much as in prison, you are permitted to withdraw it from your savings account.

Laura was released directly to the streets, whereupon her parole officer ($30 to $35 per visit) outfitted her with an ankle monitor ($175 one-time set-up fee; $5 to $40 daily use fee) and informed her which post-prison classes she’d be taken back to prison for missing.

If she “failed” a drug test, the state offered three options. Door number one: Back to prison. Door number two: Request a re-test ($50 and up). Door number three: “Drugs are bad” class (varies; a few hundred dollars).

The companies continually find ways to increase costs and the interest rate of late payments. Once a debt collector is contracted, you owe them a fee for their service, too.

She was also ordered to keep a phone constantly active so her PO could contact her at random times. Each failure to pay the service bill or any of the other fees, or to meet the separate repayment plan she’d been assigned for her outstanding prison debt, sent her back to prison for another two years.

Because of such revocations, Laura was later released on Intensive Parole—more visits, more drug tests, more classes. She said it was like being married to the PO.

It’s not society we’re paying these debts to. Often, it’s not even the state. It’s to for-profit companies with which the state contracts to provide the medical care, supply the ankle monitors, teach the post-prison classes. They continually find ways to increase the cost of services and the interest rate of late payments. Once a debt collector is contracted, you owe them a fee for their service, too.

After two decades of being paroled and revoked every year or two, with each cycle burying her further in debt, Laura decided to throw in the towel.

She reported to her PO and returned to prison to max out her sentence. She couldn’t afford to live in the free world. It made more sense to finish her 30 years in prison, where at least the unsought debt accrued at a slower rate.